Design a site like this with WordPress.com
Get started
Skip to content
vakebiblia Bible Hating Popery January 6, 2021 6 Minutes

Response To A Lying Catholic Who Can’t Read Pt. 1

The latest joker that has been lurking around this blog is an old timey Cat-o-holic.  He has a hard time with reading comprehension.  I always tell people like that to get professional assistance before taking prescription medications because the proper dosage depends on reading skills which they lack.  Haha.

Beyond his poor reading skills, the guy lacks moral fiber and I will clearly point out his lying.

I am just a sinner saved by grace.  But I have a 100% perfect book.  My Final Authority is the best Final Authority that a man can have.  Through this 3 part series (3 part for now, anyways).  I will, by the help of God, demonstrate that having a church (especially the historic Roman Catholic Church) as a final authority is garbage compared to the Final Authority of the King James Bible.

If you, dear reader (not newlin83), are interested in comparing what is a better Final Authority, I hope these articles, although caustic, will be a help to you.

As usual, my comments are in bold.

You have to provide evidence for this claim. My claim is that the Roman Catholic Church has rewritten history in order to cover up the existence of Bible Believing groups through history.  If the Catholic Church is willing to torture and kill people that it deems “heretics” then why would any honest person believe that they then correctly reported what the “heretics” believed?  Please be honest about this.  I have a very reasonable explanation for why there is “no evidence” that among the Waldensians, Cathari, Albigensians, Bogomils, Fraticelli, and Paulicians there were people who believed what I believe.  Please continue to read as we will continue to “flesh this out”.    In the early church, you had a wide range of heretical groups, You mean like Paul? “But this I confess unto thee, that after the way which they call heresy, so worship I the God of my fathers, believing all things which are written in the law and in the prophets:” (Act 24:14) The charge of “heresy” by a bunch of ecclesiastical goons amounts to almost nothing.  Just because the bloody killers in Rome called them “heretics” doesn’t mean anything. but you can’t show continuity in any of them. You also cannot show absolute “continuity” in the Catholic church either, but that is technically not the subject of this article.  An honest person who speaks English and has a computer can find this information out in a couple of minutes.  The only “continuity” is the RCC is absolute submission to the pagan, Bible rejecting Pope in Rome.  Most groups were various forms of gnosticism, neopaganism, or Greek philosophy. Who told you this?  The leaders of the Inquisition?  If you’re honest, that CANNOT be a legitimate source of information about the “heretics”.  Even the reformers believed in the laying on of hands, excommunications, and the Nicene Creed. What does that have to do with the topic at hand?  And why would I care what the “reformers” taught on those subjects.  If you actually read the history, you would see that the “reformers” hated the Bible Believers also and killed them.  See the “Servetus Affair” and then read about what the reformers did to the Anabaptist groups.  At least that history isn’t as bad as the Roman version of history. Please note: I am not a “protestant” except in the sense that I protest against the Roman Church and all other sins(I Sam 8:9).  The follows of “Bible alone” don’t even follow the bible, Nice LIE. such as the 1 Cor call for women to cover their heads Read the text, fool.  It says, “But if a woman have long hair, it is a glory to her: for her hair is given her for a covering.” (1Co 11:15)  Please actually read the text before you try and comment on it.  It isn’t telling women to wear a “doily” it is telling women to have long hair.  Read it!  and for permanent celibacy as a better option rather than marriage (no protestants can control their sexual appetites and remain celibate, they’re all married).  They’re ALL married?  Hahaha.  What a ridiculous accusation!  Many are because the Bible says that one of the recommendations for the bishop is that he is to be “the husband of one wife” (I Tim 3:2).  But not all are married.  If you use your brain, something Newlin83 can’t do apparently, you realize that none of this means that pastors don’t believe that celibacy is better.  This is a false accusation.  Beyond all that, the Catholics don’t have the higher ground here as any reader of history or newspapers should know.  The Catholics are so sex obsessed that it is a complete joke.  The “celebate priesthood” of Rome is a joke with tragic consequences for MILLIONS of young women and even boys, unfortunately.  No Catholic bishops fulfills the requirements of a bishop according to the Bible.  If that doesn’t bother you, it is because you couldn’t care less about the Bible.  Just like any good Roman Cat-o-holic.

Show me the group of Christians that always rejected the sacraments, believed in the five solas, I don’t believe the five solas, you dummy.  and rejected the Nicene Creed, and laying on of hands for apostolic succession. This was hardly simply Rome, but was the same faith present in Egypt, Syria, Jerusalem, and Antioch. You have writings and records attesting to the same practices across the world. Your claim is that there was always this underground church getting crushed by the Church of Rome. Proof is required to make a claim, otherwise what you say means nothing. I’ll listen to you if you show evidence.  Here we see newlin83’s biggest lie.  He is not interested in “evidence”.  If he was, he wouldn’t have rejected the Biblical evidence that whoever the true church is, it certainly isn’t Rome.  They claim to “come from Peter” but the popes aren’t like Peter at all. I showed him that and he couldn’t even comment.  I will copy/paste the information here again.  “As far as Apostolic succession, one just needs to read the New Testament to see that even if there is a succession of laying on of hands from Peter to Pope Franny, they have no connection with any substance. There are almost no similarities between Franny and the married (Matt 8:14) fisherman who ministered to the Jews (Gal 2), was rebuked by Paul (Gal 2), preached salvation by grace thru faith (Acts 15), warned against tradition (1 Pet 1:18), had no money (Acts 3:1-6), thinks Christ was the rock and not himself (I Pet 2:5-8), and refused worship (Acts 10:25-26). If you really want proof of things, then start with the proof that Catholicism is of the Devil. If you can’t figure that out, then you don’t want proof.”  I repeat, if you can’t accept that proof and leave the Roman Church, then you are a bigot who doesn’t want proof.  Newlin83 is a bigot who doesn’t want proof.

Christ promised to be with his church until the end of time. Fair enough.  And if that is true, then we can be assured that even in the darkest hours of the Roman Catholic-led Dark Ages, there were lights shining in the darkness who believed what I believe in spite of the persecutions of the Babylonian Whore, aka the Roman Cat-o-holic Church.  Without proof that your church of the five solas existed continuously, I don’t believe the 5 solos, you dummy.  you’re either calling Christ a liar, or you’re creating a church you wish existed.  I go by the Bible.  If you think that people stopped doing that during the Dark Ages, then YOU are the one calling Christ a liar, but that is no big deal to you as you continually call Christ a liar with your pagan, blasphemous Mass where you pretend (without evidence) that you eat and drink his body and blood.  An honest person would follow that through and admit that heathen Roman Catholics then defecate out “Jesus Christ” and then flush him down the toilet.  “Jesus Christ” then goes into the sewer system.  That is the end result of these foolish, anti-biblical doctrines of the unHoly father in Rome.  It ends with “Christ” in the city sewer system.

The history stuff will become clear after you do those things.

5 thoughts on “Response To A Lying Catholic Who Can’t Read Pt. 1” 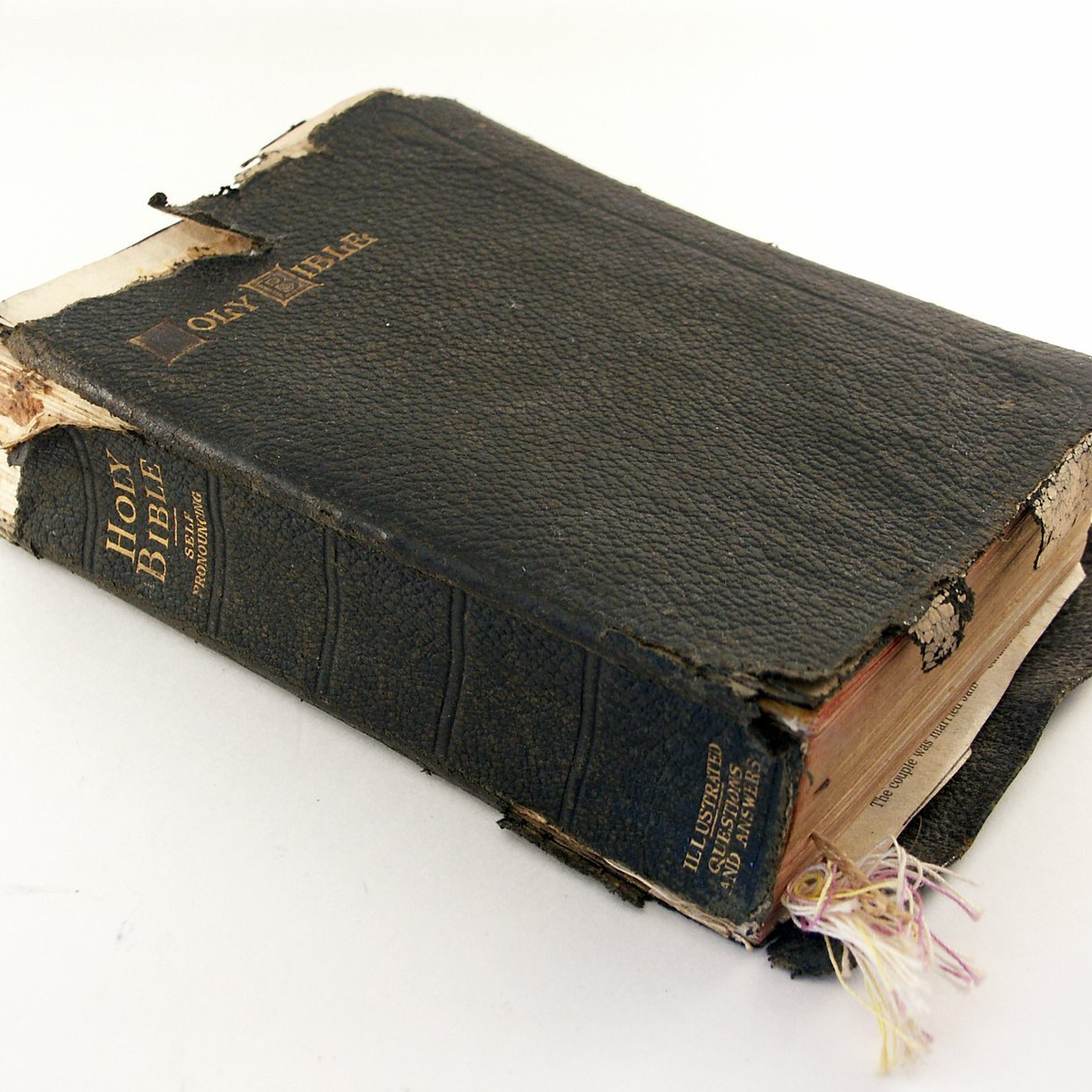